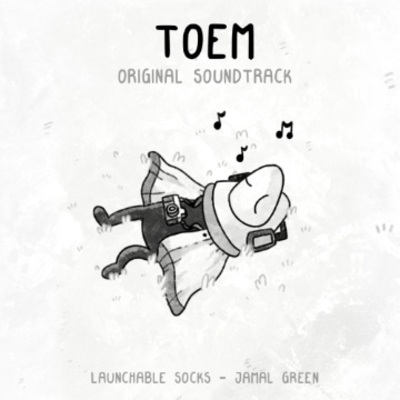 The PlayStation Blog has posted an update on PlayStation Plus Essential title Toem: A Photo Adventure's free content update with new music. The update for PlayStation 5 has unlocked the uncharted region of Basto.

Toem by Swedish independent game studio Something We Made invites players to chat with quirky characters, solve their problems by snapping neat photos, and amble across a relaxing black-and-white landscape.

Composed by Launchable Socks and Jamal Green, the digital soundtrack can be purchased on Steam, and is streaming on Spotify and Amazon Music Unlimited. The first hour of the digital soundtrack showcases landscapes and scenario score with familiar voices and sounds from the game, while the second hour features all music tracks as singles without the journey elements.

Toem is also available for Windows through Steam and the Epic Games Store, along with Nintendo Switch consoles.

Set off on a delightful expedition and use your photographic eye to uncover the mysteries of the magical TOEM in this hand-drawn adventure game. Chat with quirky characters, solve their problems by snapping neat photos, and make your way through a relaxing landscape!

PlayStation Blog - A brand new island is coming to Toem

The soundtrack to TOEM's 'Basto DLC' will be out early next month and features 7 new tracks lovingly made by @launchablesocks and I.