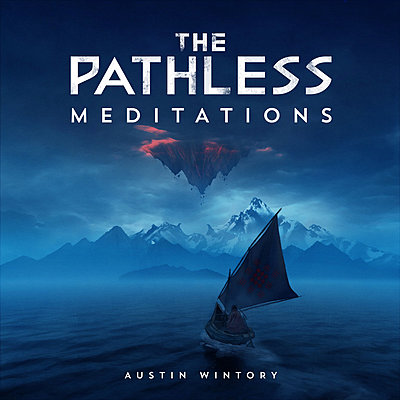 The Pathless Meditations selects relaxed music tracks from the game score by Austin Wintory that are not found on the initial soundtrack album release.

Recording for Giant Squid's open world design of The Pathless took place at Bias Studios in Washington DC with the Tuvan Alash Ensemble, resulting in a nearly three-hour music score. The twelve-track Meditations digital album is available for purchase through Bandcamp, while streaming on YouTube, Apple Music and Spotify, featuring album art by Matt Nava.

The Pathless is available for PS4 and PlayStation 5, along with Windows, Mac and iOS devices, published by Annapurna Interactive.

The initial soundtrack album focused on the primary narrative beats of the story, specifically the Hunter's journey from start to end. As a result, a huge amount of the music was cut or heavily abbreviated. This album provides most of that cut music, and is also more representative of how one might experience it in-game. That said, the more exciting variations that are possible are skipped here too, to make for a hopefully very relaxed, introspective listening experience.