The Knight Witch score by Damian Sanchez published through Bandcamp 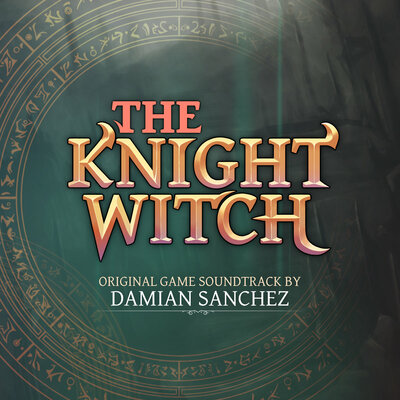 Adventure game The Knight Witch has been published by Team 17. Independently developed by Super Mega Team, the title pairs fast-paced shoot ’em up combat and Metroidvania-styled exploration with deck-building mechanics.

The 22-track music score is currently available for purchase, through Bandcamp, Steam and GOG. The digital soundtrack, produced and composed by Damian Sanchez of Alboraya, Spain, features violin solos by Fernando Pascual, and violoncello solos by Adrián Cortés. Vocals on "The Knight Witch Tales" are by Greta G..

The Knight Witch is available for Nintendo Switch, PS4 and PlayStation 5, Xbox One and Series X|S, along with Windows through Steam and GOG. 2D animation showcased in the trailer is by Sunshine Animation in Madrid.

Encounter evil foes and choose whether you wield your magic or use your weapons and wits to take them down. With their flight capabilities, superior fighting strength and reality-bending magic, The Knight Witches absolutely control the battlefield...

Including "The Knight Witch Tales", the song featured in the @Team17 @SuperMegaTeam @Sunshine_Anim release trailer performed by @GretaGmusic

Take a listen and enjoy! 💙 pic.twitter.com/FUu6FyQkWY