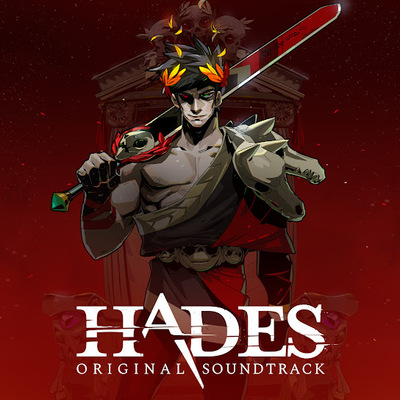 Key pieces from the soundtrack were recorded at Studio Two at Abbey Road Studios in London, and feature vocals by frequent Supergiant collaborator Ashley Barrett. The two-and-a-half hour digital soundtrack is available for purchase through Bandcamp and Steam, as well as streaming on YouTube Music.

Hades is available for Nintendo Switch, as well and Windows and Mac via Steam and the Epic Game Store. The roguelike was ported to Xbox One, Xbox Series X|S, PS4 and PlayStation 5 on August 13, 2021.

The album features additional vocals by longtime collaborator Ashley Barrett, and has been specially remastered for stand-alone listening. Even if you know Darren and Ashley's music from Bastion, Transistor, and Pyre by heart, you've never heard them like this before! The Hades Original Soundtrack features key pieces recorded with orchestral accompaniment at the world-famous Studio Two at Abbey Road Studios in London, and a host of extraordinary musical talent in contributing roles.

Hades is here! Our official collection is live and filled with plushes, pins, apparel, prints, and more.