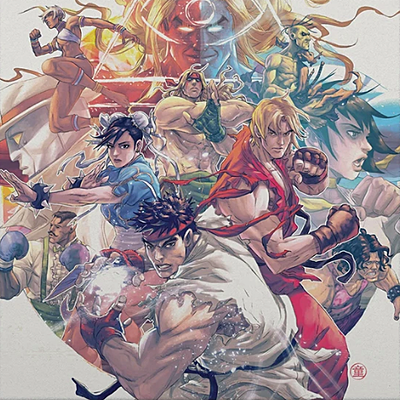 The analog record set is also available through distributors Black Screen Records in Europe and PixelCrib in Australia, specially mastered for vinyl by Joe Caithness. Music for the fighting games is by Hideki Okugawa and Yuki Iwai. The 3rd Strike digital soundtrack is available for streaming on Spotify and Amazon Music Unlimited.

Composers Hideki Okugawa and Yuki Iwai explored a range of high energy dance styles across the three titles, leaning most heavily on jazzy house, jungle and drum’n’bass - with some samba rhythms thrown in for good measure. Tracks have been specially remastered for vinyl and will be pressed onto four audiophile-quality, heavyweight 180g black discs.

Shinsekai: Into the Depths Score & Hidden Tracks on Steam