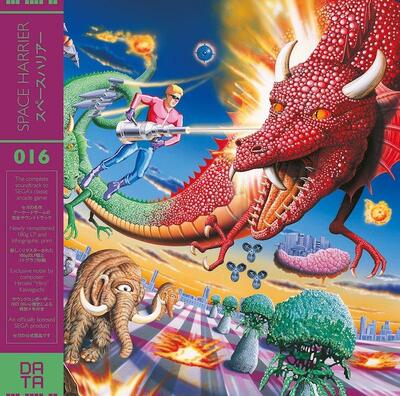 Developed by the Sega AM2 internal development division, the on-rails shooter debuted for the arcades in 1985. Sega hired M2 in 2013 to port the game to the Nintendo 3DS, integrating widescreen, stereoscopic 3D graphics.

Space Harrier is perhaps most memorable for its lengthy and melodic opening theme, in which SEGA’s renowned in-house composer, Hiroshi “Hiro” Kawaguchi (OutRun, After Burner), armed with a Yamaha DX-7 and the most minimal of resources, sought to recreate the sound of a full band. In doing so, he defied the technological constraints of the time and inspired a generation of game composers, including Yuzo Koshiro (Streets of Rage), who has since cited Space Harrier as a defining early influence.