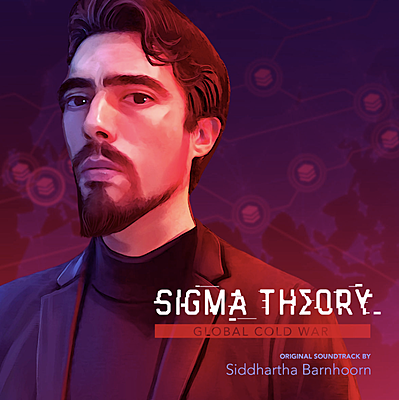 Out There: Omega Edition composer Siddhartha Barnhoorn of The Netherlands previously published the fifteen-track digital soundtrack, available through Bandcamp, GOG.com and Steam. The deluxe edition of the game for Windows, Mac and Linux includes the digital soundtrack.

In Sigma Theory, players are given the challenge of recruiting special agents from among fifty unique characters to secure the control of a technological singularity. Agents employ blackmail, seduction and manipulation in operations involving over one hundred non-playable characters.

Excerpts from the digital soundtrack album are streaming on SoundCloud. Cover illustration for the release is by Mi-Clos Studio artist Benjamin Carré.

From the creators of the award-winning sci-fi game Out There... In the near future, scientists make a discovery that allows mankind to develop world-changing new technology. Suddenly the world’s superpowers realize they could have the power to destroy the global financial system, wipe out entire countries or even gain access to immortality.

However, this discovery – called “The Sigma Theory” – can only be harnessed by a handful of scientists. You are placed at the head of your country’s intelligence agency. Your objective: world domination by any means necessary, using the power of the Sigma Theory.