Shatter Remastered Deluxe by PikPok slated for release in November 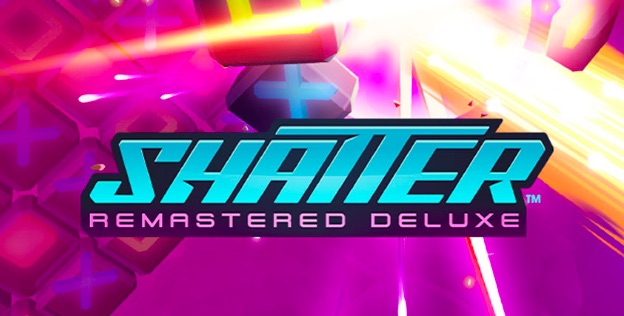 Preorders have opened for developer PikPok's Shatter Remastered Deluxe for Nintendo Switch,slated for release on November 2nd. The enhanced port, featuring music by Module (Jeramiah Ross), will also arrive on PS4 and PlayStation 5, Xbox One and Series X|S, and Windows through Steam.

Shatter Remastered is currently available through Netflix for iOS and Android devices. The soundtrack by New Zealand-based musician Module was met with enthusiastic praise by PlayStation 3 owners upon its release by developer Sidhe in 2009.

Published for digital download for the PS3 console through the PlayStation Network, and ported to Windows, Mac and Linux through Steam, the energetic and vibrant physics-based puzzle game builds upon the gameplay concepts established by Breakout and Arkanoid.


Shatter centers on classic block-breaking gameplay in order to progress, and introduces a ‘suck and blow’ mechanic to add variety and access a selection of collectible power-ups. The groovy, retro-future soundtrack pays homage to the ‘80s roots of its genre predecessors.

Following a barrage of fan requests for a remake back in 2018, the Wellington-based developer confirmed that a high-definition port is in the works, currently targeting an early 2022 release window. The digital soundtrack for Shatter can be purchased through Bandcamp and Steam, along with streaming through Spotify and Amazon Music Unlimited.

Module's EPs for Sidhe's GripShift and the rebranded studio PikPok's Zen Puzzle Garden are also on Bandcamp. For more information on the making of the popular game score, see our discussion with the composer, titled "Jeramiah Ross on Ten Years of Shatter," on the Features section of the site.

Just a little over a week until Shatter Remastered Deluxe releases on consoles and Steam! Here's a cheeky sneak peek at the menu music to vibe while you wait. 😎🎵 pic.twitter.com/N44Q6H6SuU