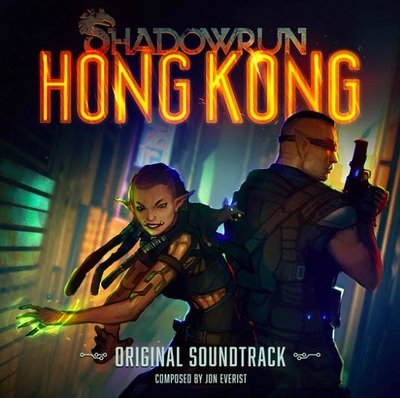 Paradox Interactive and developer Harebrained Schemes have scheduled the release of Shadowrun Hong Kong - Extended Edition for June 21st for Nintendo Switch, PS4 and PlayStation 5, along with Xbox One and Series X|S consoles.

The turn-based tactical RPG series reimagines the futuristic cyberpunk setting of the tabletop role-playing game, depicting gang operations and corporate conspiracies fueled by advanced technology and magic-based warfare. The Extended Edition of the trilogy's concluding chapter for personal computers launched in August of 2015 for Windows, Mac and Linux.

Excerpts from the Shadowrun: Hong Kong digital soundtrack are streaming on the composer's SoundCloud channel.

HONG KONG. A stable and prosperous port of call in a sea of chaos, warfare, and political turmoil. The Hong Kong Free Enterprise Zone is a land of contradictions - it is one of the most successful centers of business in the Sixth World, and home to one of the world’s most dangerous sprawl sites. A land of bright lights, gleaming towers, and restless spirits where life is cheap and everything is for sale.

As an ex-con living in Seattle, you try to make an honest living but when your foster begs you to meet him in China, things turn grim and you find out the police are trying to arrest you. And by arrest, they mean to kill you on sight! Build your team of Shadowrunners, mercenaries with big personalities who can fight using mystical or technical powers, and turn the tables on the elite corporate and the police. Through real-time exploration and turn-based action, you will be met with deadly conspiracy, corporate greed, Triads, social segregation, and gang wars.