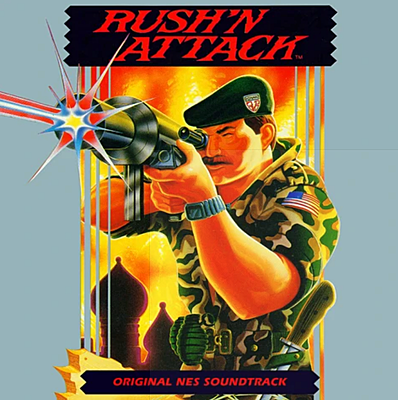 Arcade Archives' Rush'n Attack is available for PlayStation 4 and Nintendo Switch. The digital soundtrack to Green Beret is streaming on Apple Music and Amazon Music. From the product page:

"Rush'n Attack" is an action game released by KONAMI in 1985. Infiltrate an enemy base and get past four obstacles to rescue your comrades! Take out foes with a knife, or with weapons dropped from enemies. Jump and duck to avoid attacks and make it to the goal. The honor of the Green Berets depends on you!