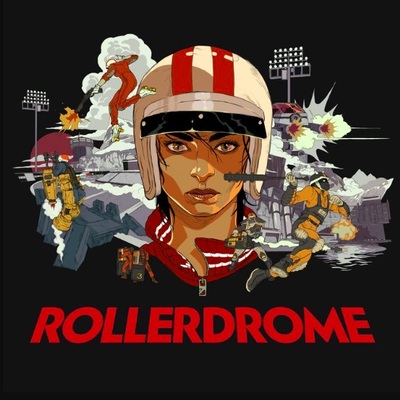 Earlier today, the PlayStation Blog posted "How Rollerdrome’s composer created the sound of 2030," a question-and-answer session with the Rollerdrome composer on the music score's dark retro-futuristic synth beats.

"I basically tackled the soundtrack as if it was sort of from the angle of the 70’s looking forward," the composer says. "And then I was inspired a bit by lots of different things really: 70’s pioneers like Vangellis, Wendy Carlos, Philip Glass, Giorgio Moroder, Tangerine Dream… lots of inspiration from lots of places!"

Rollerdrome is a singleplayer third person action shooter that seamlessly blends high-octane combat with fluid motion to create an action experience like no other. Dominate with style in cinematic, visceral combat where kills net you health and pulling off tricks and grinds provide you ammunition, in this adrenaline-pumping action shooter.

The year is 2030. In a world where corporations rule and the lines between reality and performance are blurred, the public are kept distracted by the violence and excess of a brutal new blood sport — Rollerdrome. Will you have what it takes to become the Rollerdrome champion and unravel the mysteries behind the Matterhorn corporation’s true intentions

PlayStation Blog - How Rollerdrome’s composer created the sound of 2030

Rollerdrome is OUT NOW across PS4, PS5 and Steam. 🛼🔫