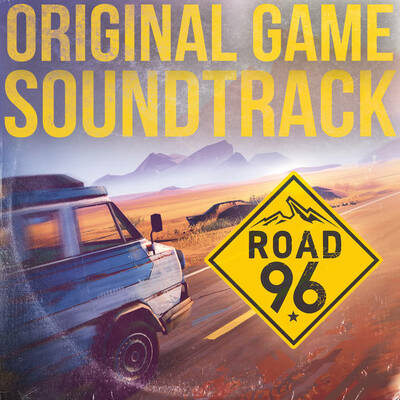 French studio Digixart's narrative-driven adventure game Road 96 launches this week for Xbox One and Series X|S consoles, along with PS4 and PlayStation 5. The road trip game set in the summer of 1996 previously debuted on Nintnedo Switch and Windows through Steam.

Music for the collaborative soundtrack for Road 96, available for streaming on Spotify and YouTube Music, is by The Toxic Avenger, Cocoon, Robert Parker, Daniel Gadd, Volkor X, Kalax, Alexis Laugier and S U R V I V E. Publisher G4F Records has pressed the soundtrack to double vinyl, available for shipping from Europe.

The two-disc compact disc edition of the Road 96 soundtrack ships via Bandcamp, while the digital soundtrack is available for purchase through Steam, along with a documentary containing footage from the three-year development process.

On this risky road trip to the border, you’ll meet incredible characters, and discover their intertwined stories and secrets in an ever-evolving adventure. But every mile opens up a choice to make. Your decisions will change your adventure, change the people you meet, maybe even change the world. There are thousands of roads across the authoritarian nation of Petria. Which one will you take?

We're not only celebrating our 1st anniversary, but we are celebrating YOUR first birthday, Hitchhikers, because we wouldn’t have got here without you!