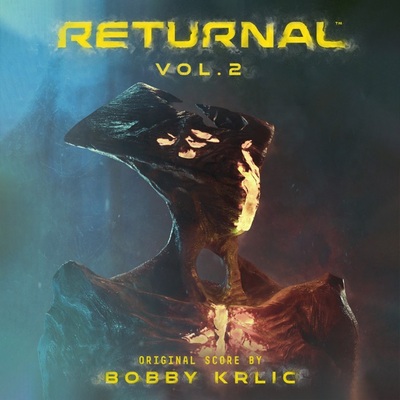 Milan Records' Returnal soundtrack on vinyl is scheduled to ship in July. "The Music of Returnal: an interview with composer Bobby Krlic" can be read on the PlayStation Blog.

Returnal (Original Soundtrack) features a haunting score composed by renowned composer Bobby Krlic (Midsommar) for the PlayStation 5 game. Best known for his work as the Haxan Cloak, Krlic brings his experience as an award-winning composer, producer and multi-instrumentalist to Returnal, imbuing the score with a gritty and experimental quality that matches the tone of the third-person shooter game. Now available on vinyl, the score to Returnal is pressed on a transparent yellow vinyl housed in a dress jacket.

PlayStation Blog - The music of Returnal: an interview with composer Bobby Krlic

Marvel uploads Guardians of the Galaxy: Welcome to Knowhere EP