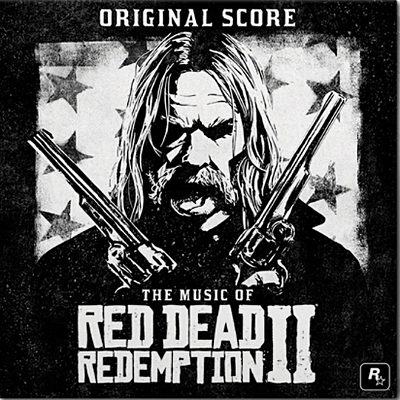 Invada Records' two-disc vinyl release of the Red Dead Redemption 2 Original Score is available for shipping through the publisher.

Music for the open-world historical drama is by Woody Jackson of Electro-Vox Recording Studios in Hollywood, co-composer on Rockstar Games' Red Dead and LA Noire. Opening track "By 1899, The Age Of Outlaws And Gunslingers Was At An End" involves additional production and arrangement by Jeff Silverman and Luke O’Malley. "Icarus And Friends" features orchestration by Colin Stetson and David Ralicke.

Red Dead Redemption 2 is available for Windows, PlayStation 4 and Xbox One. Lakeshore Records' digital soundtrack can be purchased through Bandcamp, and streamed online through Apple Music, Spotify and Amazon Music.

“Writing the score for Red Dead Redemption 2 was an incredibly ambitious project and I couldn’t be prouder of the results,” said Jackson. “We were creating a living soundscape for a wildly diverse cross section of 19th century America. After all these years working with so many talented people, I can’t wait to share these songs beyond the world of the game.”

Pre-Order The Music of Red Dead Redemption 2: Original Score on vinyl or CD from the Rockstar Warehouse and @invadauk.

Turok the Dinosaur Hunter score and remixes on Bandcamp