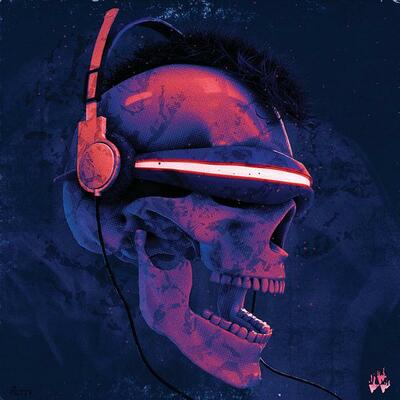 The vinyl soundtrack featuring music from Rad by developer Double Fine ships from distributors Black Screen Records in Cologne, PixelCrib in Melbourne, and Light in the Attic in Seattle.

Set in a post-apocalyptic wasteland, the 3D action roguelike casts the player as a teenager searching for devices called respirators, which could save mankind. As you explore, the radiation around you enables you to mutate, granting you superpowers … but making you less human in the process.

The LP comes with a metallic slipcase that features new artwork designed by developer Double Fine’s Lee Petty. This is the first time the Rad soundtrack has been available on physical media.

Published by Bandai Namco Entertainment, Rad is available for Windows, Nintendo Switch, PlayStation 4, and due out on Xbox One in 2019.

Wearing its 80’s influences proudly on its sleeve, the Roguelike post-apocalyptic action-romp RAD - developed by Double Fine Productions and published by the legendary Bandai Namco Entertainment - features a music score so authentic you’d swear it was created in the decade that brought us leg warmers & spandex and not in 2019 by composer David Gregory Earl. Part synth, part rock, all awesome, RAD is not one to be missed...