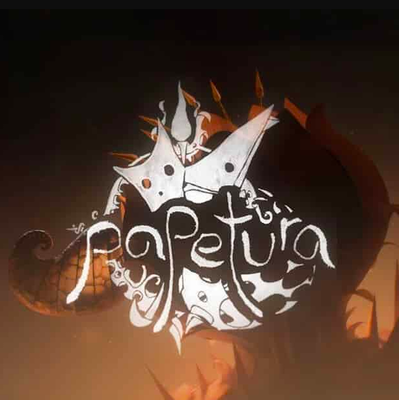 Published by Feardemic, atmospheric adventure game Papetura has debuted for Nintendo Switch. Designed by Tomasz Ostafin, aka Petums, the handcrafted puzzle game previously launched for Windows and Mac through Steam.

Developed in collaboration with sound designer Juraj Mravec, Papetura tells a tale of a lonely paper creature Pape, trapped in a flowery prison. Music for the title is by Samorost series composer Tomáš Dvořák, aka Floex. Performers featured on the soundtrack are Eva Jamníková on violin, Tomáš Jamník on violoncello and Floex on piano, ukulele, synths and electronics.

Minority Records pressed the 180-gram audiophile vinyl soundtrack for Papetura at Tiefenbach, Germany, mastered by Matouš Godík in Prague. Artwork for the analog records release is by Petums, with cover design by Carton Clan. The nine-track digital soundtrack is streaming on Spotify and can be purchased on Bandcamp.

The Steam and GOG release of the digital soundtrack comes with two bonus tracks and an artbook full of sketches, unused concepts, and game assets, collected over seven years of development.

Papetura is a handcrafted puzzle adventure game made entirely out of paper. Along with atmospheric music made by Floex, it creates a mysterious and unique paper world, shrouded in shadow and light. Papetura tells a story about lonely paper creature Pape, trapped in a flowery prison. One day Pape escapes and finds little Tura, a magical being that he’ll take care of. Together they will have to face dark and flaming monsters which will try to burn down their beloved paper world.

How about a little brain teaser? 🧠

Find this and more hand-made curiosities in the paper world of Papetura. 🤍🖤