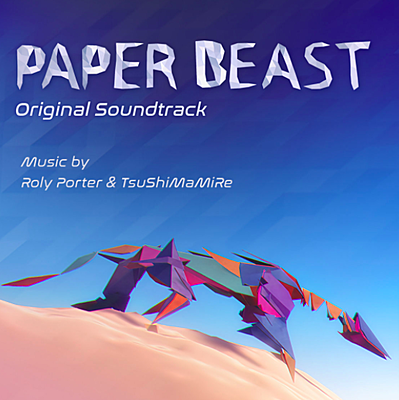 Pixel Reefs' VR exploration game Paper Beast is directed by Éric Chahi, designer on Another World. The first-person VR title for Windows and PS4 supports the PSVR, HTC Vive, Oculus Rift and Valve Index headsets. The "Folded Edition" can be played outside of VR.

The two-disc vinyl soundtrack publication is available for shipping from G4F Records in France, decorated with artwork by Pascal Lefort from Pixel Reef. The analog record set is also available for preorder through distributor Black Screen Records in Germany, with shipping scheduled for November.


The Paper Beast digital soundtrack is available for purchase on Bandcamp and Steam, and streaming on Spotify. From the product page:

An exploration and adventure game about wildlife sprung from the depths of the internet. An unknown power seems to upset its balance. Join forces with exotic creatures to unravel the mysteries of this universe.

We love to take a look at the work of the artists we've worked with ☺️ This time, it's the turn of the Paper Beast OST by @RolyPorter and @tsmmr_jp. The vinyl version is still available on Bandcamp and our store ▶️ https://t.co/ZjGb4hWinx pic.twitter.com/uxKDC52iua