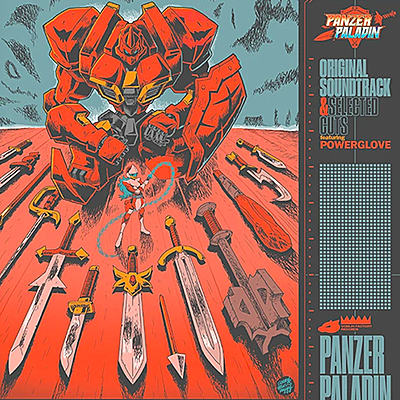 Preorders for the clear smoke variant of the vinyl soundtrack are available through European distributor Black Screen Records. The digital edition of the soundtrack can be purchased through Bandcamp and Steam. For more information on the making of Panzer Paladin's guitar rock and chiptune hybrid music score, see our soundtrack Q&A with the composer.

In the ultimate showdown of robots vs. demons you play as a former rescue android named Flame. You fight your way through the powerful forces of the evil occult, a task that no human could attempt. Use intuitive swordplay and mechanics to fight and loot your way through levels, even using enemies' own weapons against them. You are humanity's last chance to defeat the Weapon Keepers and face off against the leader of the invasion, Ravenous. Panzer Paladin is developed by Tribute Games, the makers of Mercenary Kings, Flinthook, and more.