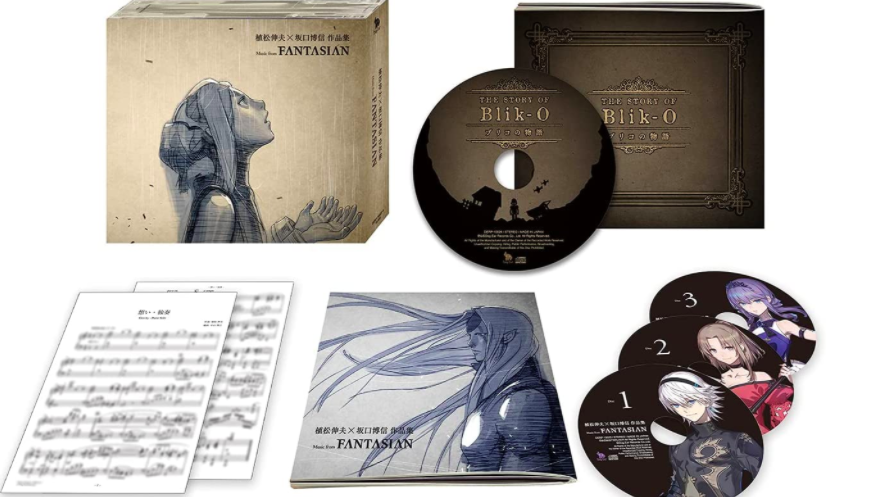 Preorders have opened for four-CD set "Music from Fantasian," due out July 28 in Japan, available for shipping domestically through CDJapan and Play-Asia.

Developer Mistwalker commissioned over one hundred and fifty dioramas for display in the adventure role-playing game, created by Japan's special effects film industry. The environment of the game is composed of digital renderings of these miniature film sets.

Fantasian launched exclusively for Apple products on April 2, while a second part is planned for release later this year. The 59-track soundtrack album is a collaboration between Final Fantasy game designer Hironobu Sakaguchi and composer Nobuo Uematsu.

The "Music from Fantasian" digital album is available for streaming on the Apple Music and Spotify platforms. Mixing engineers for the album are credited as Uematsu, Hiroyuki Akita, Michio Okamiya, and Yoshitaka Hirota.

Sky: Children of the Light digital soundtrack streaming on Spotify