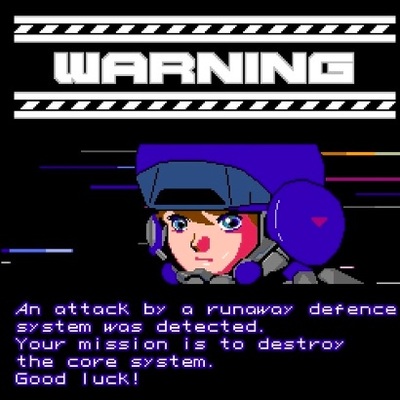 The player pilots the Moon Dancer starship, equipped with a cannon and lock-on laser. The "arcade mode" consists of eight stages, while the "caravan mode" challenges the player to compete for a high score within three minutes.

Moon Dancer adopts an NES color palette as an homage to the 8-bit console era. As an alternative to the game score, chiptune arrangements by Taku Shiiba can be selected in the Options menu, created using the NES as a sound source.

The Moon Dancer digital soundtrack album by HIROKKEY is available through Bandcamp, comprised of twelve original themes and three arrangements.

Operate the fighter "Moon Dancer" equipped with shots and lock-on lasers to defeat the enemy. This game requires you to quickly defeat the enemies that appear one after another. The feature of this game is the balance that prioritizes attacking the enemy rather than avoiding bullets.