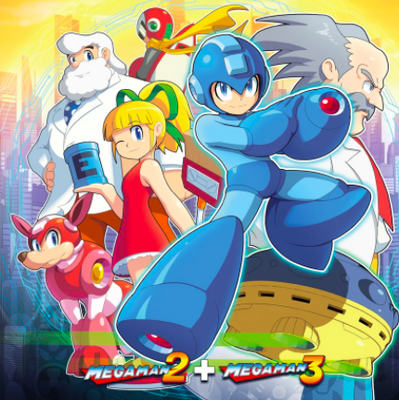 The vinyl release includes 49 music tracks, covering the full soundtracks of both the iconic NES platformers. Music for Mega Man 2 is Takashi Tateishi, while music from Mega Man 3 is by Yasuaki Fujita and Harumi Fujita. Original artwork is by ultimatemaverickx, with vinyl premastering by Joe Caithness. Preorders for the two-disc publicationare open at distributor PixelCrib in Australia.

Capcom's digital Sound Collections can be purchased through Steam and are streaming on Spotify. Mega Man 2 & 3 are included in the Mega Man Legacy Collection compilation for Steam, Nintendo Switch, Xbox One and PlayStation 4.

49 tracks have been remastered for vinyl and will be pressed onto heavyweight LPs. This Limited Edition, exclusive to the Laced store, features ‘Mega Buster Blue’ discs.