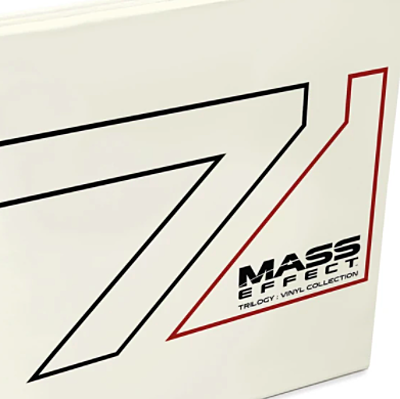 The four-disc analog record collection is specially mastered for vinyl and housed in a rigid board stock slipcase. The physical release contains 85 music tracks from the action role-playing game series, composed and curated by the BioWare sound team. Excerpts are streaming on the publisher's SoundCloud channel.

The four-hour Mass Effect: Legendary Edition soundtrack, found in the Windows, PlayStation 4 and Xbox One compilation, is streaming on the Mass Effect YouTube channel.

Relive the pulse-pounding adventures of Commander Shepard and the crew of the Normandy with this massive collection of 85 tracks from the critically acclaimed action role-playing video game trilogy, painstakingly designed and curated by the BioWare sound team and specially mastered for vinyl.