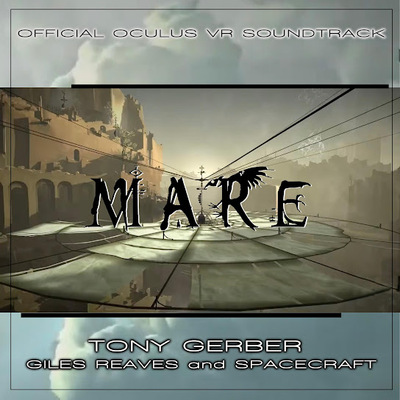 In Mare, the player controls a mechanical bird through a point-and-click interface. The mysterious story unfolds while exploring a strange landscape, searching for lost artifacts and protecting a vulnerable AI companion.

The ambient, otherworldly 13-track soundtrack by Tony Gerber, Giles Reaves, and Spacecraft is available for purchase through Bandcamp. A four-minute soundtrack trailer can be viewed on the Visiontrick Media YouTube channel, while the full music score is streaming on YouTube Music, Spotify and Amazon Music Unlimited.

As you wake up, stirred from a dreamless sleep with an unknown purpose, you find yourself in the strange lands of Mare embodying a mysterious artificial bird. Crossing paths with a helpless companion you venture deep into unknown territory on a puzzling adventure while unraveling a mysterious narrative and the secrets hidden within. All in order to ensure the arrival of the companion at her impending destiny.

The long awaited PC VR version of MARE - a moody and laid back adventure game - with the visual fidelity turned up a notch, is finally available on Steam, Viveport, and Rift.