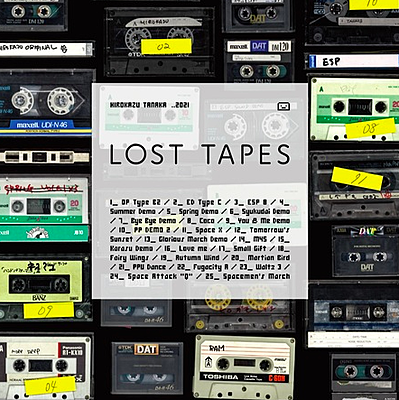 25 music tracks dating back to the '80s and '90s have been carefully selected and edited for inclusion in the "Lost Tapes" compilation. The composer's music for the first two installments of the EarthBound (MOTHER) role-playing game series have in recent years made their international debut as vinyl record and compact disc releases.

Chip Tanaka's debut album "Django" is available for shipping on vinyl from Fangamer (Tucson) and Black Screen Records (Cologne). The follow-up, entitled "Domingo," can be found on the composer's Bandcamp page, alongside installments in the "Works Gaiden" series of EPs. Third album "Domani" is scheduled for release on November 17th.

Lost Tapes is available for shipping domestically through CDJapan and Play-Asia. A crossfade trailer can be viewed on YouTube, courtesy of Japanese publisher disk union.