The Legend of Zelda: Wind Waker soundtrack ships from Play-Asia 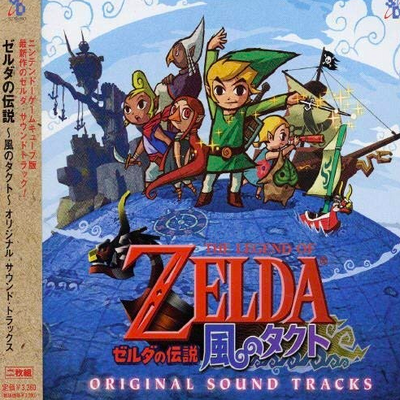 The two-disc The Legend of Zelda: The Wind Waker soundtrack album ships domestically from distributors CDJapan and Play-Asia, containing 133 music tracks and spanning 150 minutes in length.

Wind Waker took the beloved franchise in a new directions when it arrived on the Nintendo GameCube in December of 2002 in Japan. The graphics are rendered in a cartoon-like, cel-shaded style; the gameplay focuses on sailing from island to island; and Princess Zelda herself exudes a surprising new personality.

Published in 2003, the soundtrack album for The Wind Waker for GameCube is written by Zelda series composer Koji Kondo, along with Kenta Nagata, Hajime Wakai, and Toru Minegishi at Nintendo. The music’s tone is markedly lighter and jauntier than its successor Twilight Princess, showcasing a traditional Irish instrumental flair.

In 2013, Nintendo offered The Wind Waker HD Sound Selection—a remastered selection of music from the game—to Club Nintendo members to promote the adventure game’s high-definition port for the Wii U console.

The Legend of Zelda: The Wind Waker makes its glorious return on the Wii U console with gorgeous HD graphics and enhanced game features. In this timeless classic with a unique and colorful "toon-shaded" art style, players guide Link as he sets out on the massive Great Sea to find his kidnapped sister. You will sail the seas in search of lost islands, fight fearsome enemies, take on mighty bosses, and seek out the legendary Triforce.

Play-Asia - The Legend Of Zelda: The Wind Waker Original Soundtrack

CDJapan - The Legend Of Zelda: The Wind Waker Original Soundtrack