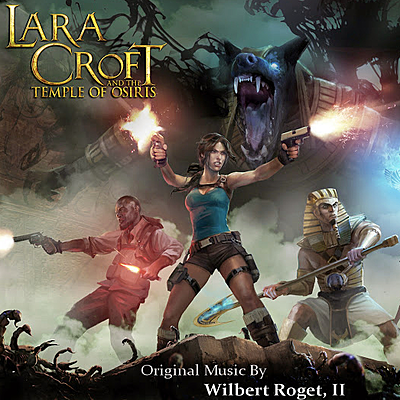 Feral Interactive will be handling the Nintendo Switch port of Lara Croft and the Temple of Osiris, due out in 2022 during the 20th anniversary of Tomb Raider.

Developed at Crystal Dynamics in Redwood City, the action-adventure game is currently available for Xbox One, Playstation 4 and Windows. The eleven-track soundtrack to Temple of Osiris is streaming on SoundCloud, courtesy of the developer.

Also available through the SoundCloud channel is a six-track "Additional Music" compilation, along with excerpts from the Lara Croft GO music score.

Lara Croft and the Temple of Osiris takes place deep in the deserts of Egypt. In her new adventure, Lara must join forces with rival treasure hunter Carter Bell and imprisoned gods Horus and Isis, to defeat the evil god Set. As Lara and her companions fight the elements of nature across the sands and through ancient tombs, they will battle legendary deities and creatures of myth. With the fate of the world at stake, Lara must recover the fragments of Osiris to stop Set from enslaving all mankind.

Great #TombRaider25 news for @Nintendo fans! We are so excited to announce a collaboration between @CrystalDynamics and @feralgames to bring Lara Croft and the Guardian of Light and Lara Croft and the Temple of Osiris to Nintendo Switch starting in 2022! pic.twitter.com/S1PBaxhJqt