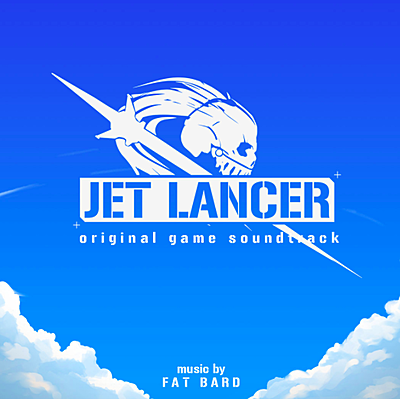 The Jet Lancer vinyl soundtrack is available for shipping through distributor PixelCrib in Melbourne, Australia.

Music for Code Wakers' high-velocity aerial combat title is by Missouri-based audio duo Zach Fendelman and Patrick Crecelius of Fat Bard. The 14-track digital soundtrack is available for purchase through Bandcamp, in addition to streaming on YouTube and Spotify, courtesy of the composers.

Jet Lancer, the debut game by Vladimir Feduyshkin and Nicolai Danielsen, is available for Nintendo Switch, as well as Windows through Steam and GOG.

Jet Lancer is a high-velocity aerial combat shooter where you duel enemy aviators, hunt giant robots, and defy death at supersonic speeds. You are Ash Leguinn: badass pilot, highly paid mercenary, and flight-school drop out. Your day job is fine - the daily grind of dealing with Sky Pirates pays the bills - but nothing compares to the rush of demolishing a ninety-ton mechanical monstrosity at the speed of sound. And you’ll have your chance.