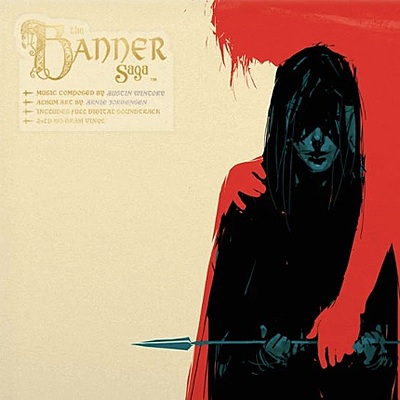 Art for the album is by Stoic Studios art director Arnie Jorgenson, featuring music found in the strategy title, performed by The Dallas Winds, conducted by Jerry F. Junkin. The Banner Saga is currently available for Windows, Mac and Linux operating systems, iOS and Android platforms, as well as PlayStation 4, with a PS Vita port currently in the works.

The Banner Saga soundtrack is streaming on Bandcamp and SoundCloud, embedded on this page. The previously released Journey vinyl soundtrack is also available for purchase through iam8bit.