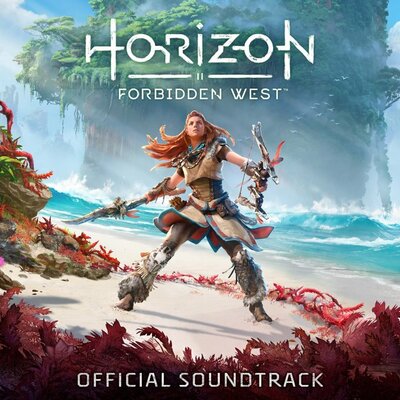 Back in July, Sony Music published the EP "The Isle of Spires," previewing four music tracks from the sequel to Horizon Zero Dawn. Forbidden West expands upon protagonist Aloy’s story in the remains of California, Nevada and Utah. Returning composers Joris de Man, Joe Henson and Alexis Smith of The Flight, and Niels van der Leest are joined by Oleksa Lozowchuk in composing for the second Horizon series installment's music score.


Guerrilla music supervisor Lucas van Tol and audio director Sebastian Seelbach sat down with the geographically disparate composers for a rare, in-person two-part "Meet the Composers" discussion. Part One: Creating the Music of Horizon and Part Two: The Music of Forbidden West are hosted by YouTube and the PlayStation Blog.

Part one of the discussion broaches the subjects of the approach to Zero Dawn expansion "The Frozen Wilds," the use of percussion on Forbidden West, blending electronic and acoustic elements to match the game's futuristic frontier setting, and recording with vocalist Julie Elven. Part two contrasts musical styles present on Zero Dawn and Forbidden West, the theme of impending danger explored in the sequel, and finding instruments to complement the various tribes of the game.

The land is dying. Vicious storms and an unstoppable blight ravage the scattered remnants of humanity, while fearsome new machines prowl their borders. Life on Earth is hurtling towards another extinction, and no one knows why.

It's up to Aloy to uncover the secrets behind these threats and restore order and balance to the world. Along the way, she must reunite with old friends, forge alliances with warring new factions and unravel the legacy of the ancient past—all the while trying to stay one step ahead of a seemingly undefeatable new enemy.

We are excited to announce that the second batch of the incredible Horizon Forbidden West OST is live now! Volume 2 features stunning new tracks by our talented composers and vocalists.