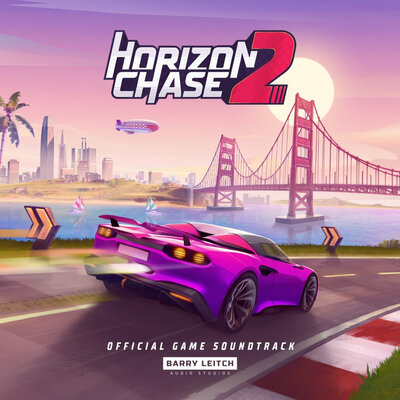 Music for the game is by series composer Barry Leitch, known for classic game scores, including Lotus 2 for Atari ST, Top Gear for Super Nintendo, and Rush 2: Extreme Racing USA for Nintendo 64. The compact disc release ships via the composer's Bandcamp page.

The 18-track digital album is available for purchase through Bandcamp and streaming on Spotify. Guitar is by Paulo Bohrer II, with direction by Israel Mendes and Rodrigo Bellau. Horizon Chase 2 is planned for release on Windows and consoles in 2023.

Get your arcade racing crew together and embark on this new trip around the World with Horizon Chase 2. With online multiplayer support on all game modes, a brand-new customization feature and new visuals showing a beautifully crafted, vibrant and dynamic world, the evolution of arcade racing is going to hit Apple Arcade on September 9th...