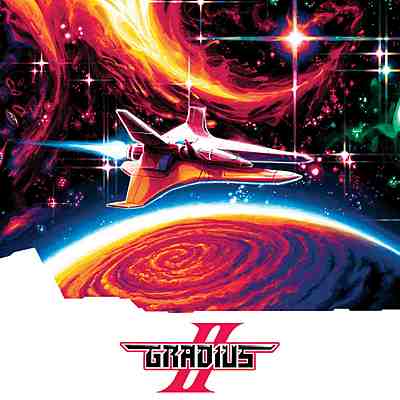 Ship to Shore has published the vinyl soundtrack album for Gradius II, alternatively titled Vulcan Venture outside of Japan. Music from Konami's sidescrolling shoot-em-up, composed by the Konami Kukeiha Club in 1988, is streaming on Apple Music.

Side A of the vinyl release features fifteen music tracks from the Famicom home console release, while Side B covers the MSX computer edition of the classic title. Cover art for the album release is by Ian Wilding, with liner notes by Jeremy Parish.