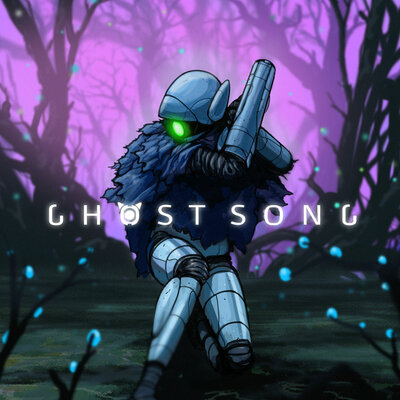 Atmospheric 2D platformer Ghost Song launched this week for Windows and consoles, published by Humble Games. Taking place on a desolate moon haunted by the souls of its victims, an armored Deadsuit awakens from slumber to explore the lunar surface.

Crowdfunding for the 2D science fiction platformer was secured through a Kickstarter campaign run by artist and designer Matt White of studio Old Moon. Self-described as an entry in the exploration-based "Metroidvania" genre, gameplay mechanics are influenced by the design philosophy behind Super Metroid and Dark Souls.

Ghost Song for Windows is available through Steam, the Humble Store, and GOG. The console edition has also launched for Xbox One and Series X|S, PS4 and PlayStation 5, and Nintendo Switch.

On the desolate moon of Lorian, a long-dormant Deadsuit awakens from slumber—armed and combat-ready, memory clear of purpose. But something new is stirring…

Strike out beneath the surface in search of answers in Ghost Song, an atmospheric 2D adventure of self-discovery, ancient mysteries, and cosmic terror. Explore winding caverns lit only by bioluminescent flora, battle strange and powerful creatures, and acquire new abilities to help you unearth this alien world’s long-buried secrets.

Explore, power up, and discover the haunting history of Lorian.