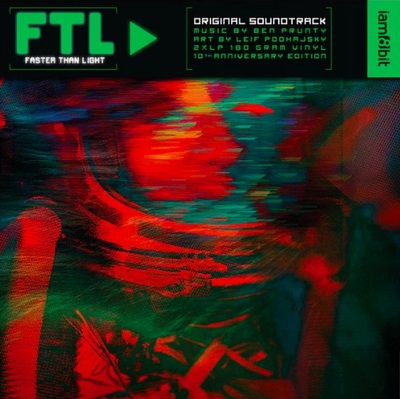 Both the soundtrack and the Advanced Edition free expansion score by Ben Prunty can be purchased through composer's Bandcamp page. The 29-track digital soundtrack is streaming on Amazon Music Unlimited.

FTL is designed by Justin Ma and Matthew Davis, with narrative design by Tom Jubert. Subset's space opera roguelike is currently available for iOS devices, along with Windows, Mac and Linux, via Steam and the Epic Games Store.

In FTL you experience the atmosphere of running a spaceship trying to save the galaxy. It's a dangerous mission, with every encounter presenting a unique challenge with multiple solutions. What will you do if a heavy missile barrage shuts down your shields? Reroute all power to the engines in an attempt to escape, power up additional weapons to blow your enemy out of the sky, or take the fight to them with a boarding party? This "spaceship simulation roguelike-like" allows you to take your ship and crew on an adventure through a randomly generated galaxy filled with glory and bitter defeat.

NEW: We're celebrating a decade of @subsetgames' beloved space-faring roguelike with a repress of the FTL 2xLP Soundtrack on glorious 180g black vinyl.

Featuring the original artwork from @LeifPodhajsky and a new obi strip 🚀