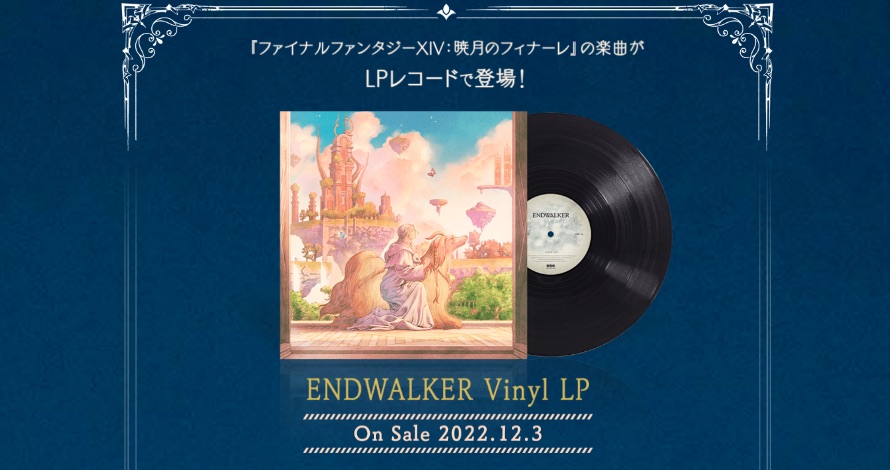 Square Enix has announced a vinyl release for the Final Fantasy XIV: Endwalker soundtrack. The analog record, decorated with cover art by KUROIMORI, will arrive on December 3rd in Japan.

The Endwalker Vinyl LP ships from the Square Enix store for North America and Europe, while the soundtrack on Blu-ray disc can be ordered through distributors CDJapan and Play-Asia. Music for the massively multiplayer online role-playing game expansion is composed by Soken, Nobuo Uematsu, and other artists.

Final Fantasy XIV is currently available for PS4 and PlayStation 5, along with Windows and Mac operating systems.