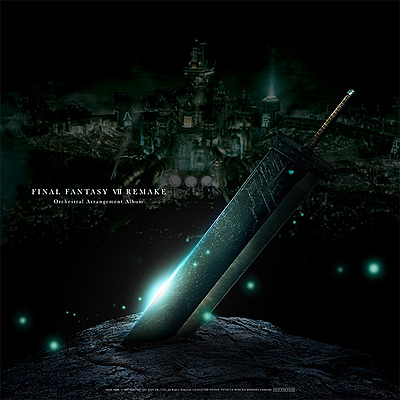 The Final Fantasy VII Remake Orchestral Arrangement Album ships on compact disc from the Square Enix online store for North America and distributor Wayô Records in Europe. Excerpts of each track are streaming on the Japanese-language album website.

Concert performances of music from the album are scheduled to take place at the Final Fantasy VII Remake Orchestra World Tour later this year, led by conductor Arnie Roth. Additionally, the behind-the-scenes interview "Inside the Remake – Episode 4: Music and Sound Effects" can be viewed with English-language closed captions subtitles on YouTube, courtesy of the publisher.

In one week you can surround yourself with the softer sounds of Midgar with the @FinalFantasyVII Remake Orchestral Arrangement Album. Learn more: https://t.co/XZgI2Fe9XY pic.twitter.com/jgY2PzqRiQ