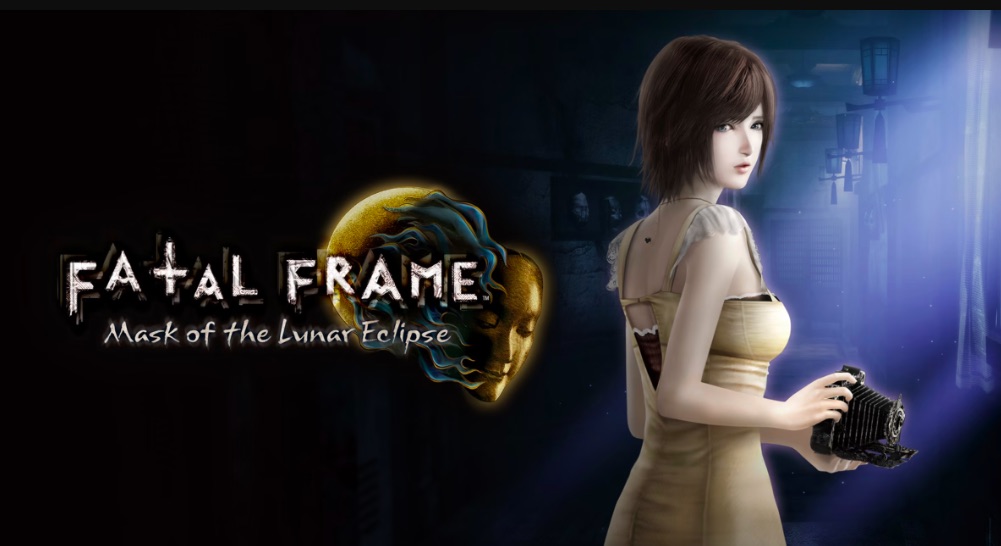 In 2008, Mask of the Lunar Eclipse launched exclusively for the Nintendo Wii in Japan. The Fatal Frame prequel was the first to implement a third-person adjustable perspective in place of fixed camera angles and also the first to involve developers outside of Tecmo.

Designers from Nintendo and Grasshopper Manufacture contributed to the horror series' installment co-directed by Makoto Shibata and Goichi Suda. Music for the game is by killer7 co-composer Masafumi Takada of Grasshopper and Etsuko Ichikawa. A message from the producer and director, subtitled in English, can be viewed on YouTube.

Taking place in 1978, three female protagonists explore Rōgetsu Isle in southern Japan to uncover the mystery behind the deaths of their friends, eight years prior. Ruka Minazuki and her companions Misaki Asou and Madoka Tsukimori search for clues within mansions and abandoned hospitals, lighted only by the moonlight and the dim bulb of a flashlight.

Fatal Frame: Mask of the Lunar Eclipse is due out in March for Nintendo Switch, PS4 and PlayStation 5, Xbox One and Series X|S, and Windows through Steam. The Digital Deluxe Edition will be bundled with digital art book and original soundtrack, previewed in a video uploaded to YouTube.

The story progresses by discovering relics like old newspaper articles and notes that help the girls unravel the island’s secret past. While exploring, the girls will also be confronted by a series of spirits. They will need to use a Fatal Frame franchise classic, the Camera Obscura, to repel vengeful ghosts, sealing away their power by photographing them. Throughout the game, the girls will need to equip stronger lenses and change out different films in order to capture the most powerful spirits, while also using the camera to capture “things that cannot be seen” to help them find the evidence they need to remember their haunting past.