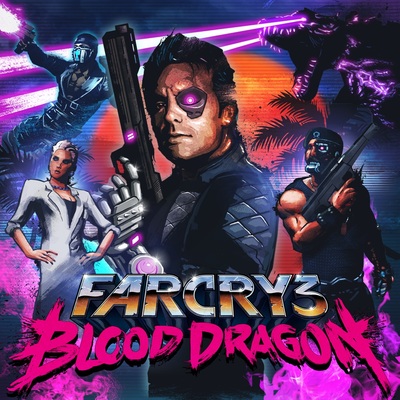 Blood Dragon Classic Edition launched earlier this month as an add-on for the Far Cry 6 Season Pass, playable on Windows operating systems, along with PS4, PlayStation 5, Xbox One and Series X|S home consoles. Powerglove's score, over one hour in length, rounds out the game’s retro-future aesthetic with a pulsing ‘80s-style soundtrack.

Welcome to an 80’s vision of the future. The year is 2007 and you are Sargent Rex Colt, a Mark IV Cyber Commando. Your mission: get the girl, kill the baddies, and save the world. Experience every cliché of a VHS era vision of a nuclear future, where cyborgs, blood dragons, mutants, and Michael Biehn (Terminator, Aliens, Navy Seals) collide.

Dawn of Mana playlist arrives on Spotify and Apple Music