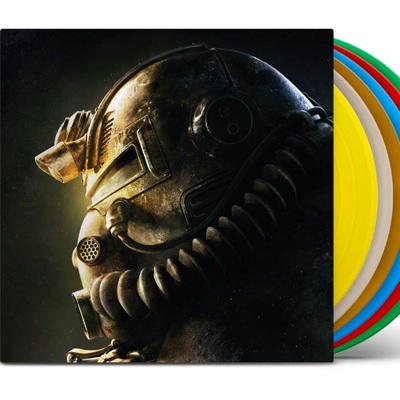 Bethesda Game Studios first introduced players to the post-nuclear landscape of Fallout in October of 1997. To commemorate the 25th anniversary, the developer has posted a Spotify playlist compiling 321 music tracks from the long-running franchise.

The 6-LP set includes 55 remastered tracks composed by Inon Zur, pressed on heavyweight analog records, with vinyl pre-mastering by Joe Caithness. Selections include the score from the game's launch and updates, up to and including The Pitt.

The deluxe double vinyl edition selects twenty remastered tracks from the original score and updates, up to and including Night Of The Moth. Preorders for the two-disc edition are also open at distributors Light in the Attic in Seattle, PixelCrib in Australia, and Black Screen Records in Europe. Cover artwork is by Bethesda.

Fallout 76 is currently available for PlayStation 4, Xbox One, and Windows operating systems. The 40-track digital soundtrack is streaming on YouTube Music, Spotify, and Amazon Music Unlimited.

One of video games’ greatest composers, Inon Zur first worked on a Fallout title over 20 years ago; and, as lead composer since Fallout 3, he has been able to shape the wasteland’s soundworld. For Fallout 76, he complemented the post-apocalyptic visuals of Appalachia with a score full of beauty, nature and space to breathe — tinged with danger and darkness, naturally. Through mysteriously interwoven instrumentation — leaning on strings and woodwinds in particular — Zur captures a sense of camaraderie, hope and rebuilding that is unique to this multiplayer open-world entry in the series.

Happy #Fallout25 Anniversary to the @Fallout Community and @BethesdaStudios! Celebrating 25 years of #Fallout with the soundtracks and songs of the wasteland via @Spotify!https://t.co/5pontNAOd3 pic.twitter.com/tDNOnBJidR