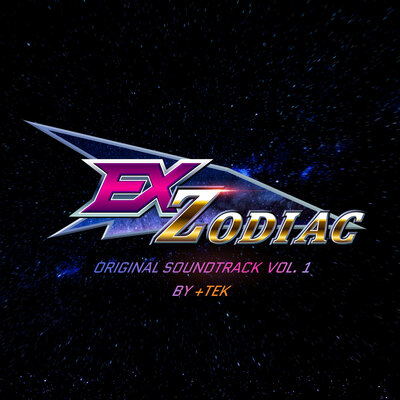 Inspired by classic 3D shoot-em-ups of the early 90's, Ex-Zodiac stars protagonist Kyuu as she fights to free the worlds of the Sanzaru Star System from the machinations of the intergalactic Zodiac organization. More than 12 areas are planned for the full release, with obstacle courses capped off by major bosses piloted by Zodiac antagonists.

The Ex-Zodiac Soundtrack Vol.1 by +TEK of Poland is available for purchase through Bandcamp and Steam, combining FM and wavetable synthesis. Excerpts are streaming on the composer's SoundCloud channel.

Ex-Zodiac is a fast-paced rail shooter with a stylized look reminiscent of early 90's 3D games. Join protagonist Kyuu as she fights to free the worlds of the Sanzaru Star System, overrun by the intergalactic terrorist organization known as Zodiac.

A low-poly tribute to the 3D on-rails shooter, barrel rolls and all!