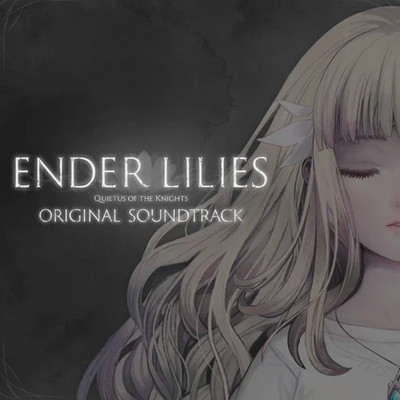 The digital soundtrack for Ender Lilies: Quietus of the Knights by developer Binary Haze Interactive is currently available for purchase through Steam. Published by Live Wire, the 2D action role-playing game delivers the story-driven exploration and varied combat typified by the "Metroidvania" genre.

Protagonist Lily is tasked with surmounting platforming challenges and evading the zombified enemies populating the post-apocalyptic towns and castles of Land's End. The stoic child heroine is aided by a sword-wielding, spectral Umbral Knight and other fallen allies whose remains she purifies.

The music score for the game is by music group Project Mili, based in Japan. Guitar and composition is by Yamato Kasai, with vocals by Cassie Wei, Yukihito Mitomo on bass, and Shoto Yoshida on drums. The fourteen-track soundtrack is streaming on Amazon Music Unlimited, Spotify and Apple Music.

Ender Lilies is available for Windows via Steam, along with Nintendo Switch, PlayStation 4, Xbox One and Series X|S consoles.

Long ago, in the distant reaches of Land's End, an unforeseen rainfall transformed all living things into frenzied undead monstrosities known as the Blighted. Faced with a calamity far beyond their understanding, the kingdom fell into ruin with no end to the accursed rain in sight.

Meanwhile in the remnants of this devastated land, a young woman named Lily awakens in the depths of a church…

Unravel the mystery of the kingdom destroyed by the Rain of Death. Journey through the sprawling and hauntingly beautiful Land’s End, traversing a submerged forest, a sealed-off contaminated underground cavern, and a grand castle.

Formidable bosses await that will gladly claim your life given even the slightest chance. Defeat these powerful foes and release them from their unending curse to recruit them as allies. Overcome the challenges before you and search for the truth with powerful knights at your side.

No Plan B soundtrack by Corentin Brasart breaks into Bandcamp