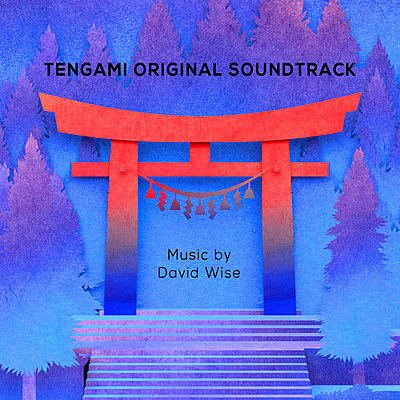 Having debuted on the App Store for iPhone and iPad, pop-up book puzzle game Tengami by Nyamyam Games saw a broader release on the Android, Mac, Windows and Wii U platforms.

We had the chance to speak with composer David Wise on the creation of the music score, which incorporates the use of traditional Japanese instrumentation.The musician's influential body of work spans an array of experiences, from porting Bradley Allen Fuller and Hal L. Canon's Marble Madness melodies to the NES, to writing music tracks for Rare's Donkey Kong Country series that have captured the imagination of audiences around the world.

While many composers' early works make less of a lasting impression, your music for Wizards & Warriors is fondly recalled by many who grew up in the 1980s. Have there been significant changes taking place in your creative process between then and now?

David Wise: "Wizards and Warriors" is a tune I composed for piano when I was 15. Due to the limitations of early sound chips, such as the Nintendo Entertainment System's, I used a method of arpeggios to suggest the chords and main melody whilst using counterpoint, or alternative melody, to suggest the bass and harmonies.

This was a very good learning curve to get the most musically out of only two or three notes playing at a time. I'm sure many of the techniques learned when I first joined Rare I'm still using today.

The creative process is still very much the same today as it was back then. I like to play the game to get a feel for the tempo of the gameplay. Look at the environments, and start experimenting and creating from there.

The main difference is I have all of these fantastic virtual instruments from Steinberg, Native Instruments and U-HE, along with many exceptional sound libraries to be inspired by.

The atmosphere of Tengami has been described as "ancient, dark mythology." When presented by Agarie-san's art and Nyamyam Games' early design documents, did you have any immediate ideas, any strong reactions, affecting the direction that you wanted to take the music score?

Agarie-san's artwork is amazing. And the Pop-up software that Phil Tossell created is just fantastic. When you see these elements combined together – it's hard not to be inspired.

In all honesty, I didn't really understand the game fully until the very end of development. However, when seeing the game for the first time I instinctively understood how I wanted to experiment with the soundtrack.

Whilst I've listened to a lot of Japanese and Chinese music, I have never really explored the instruments, such as the Koto, in any great depth. I'm fascinated with the way the musicians are able to bend the strings to add to the intrigue of the melodies. That's something I'd like to learn more about and develop more if I ever have the opportunity.

I do feel however, that we have only scratched the surface of this type of game experience.

In deciding to incorporate Japanese musical traditions, how did you feel the score would benefit most from drawing on these techniques? Did you allow yourself the creative license to do your own thing as a modern musician?

One great thing about YouTube is we can jump online and watch very proficient musicians, who are masters of their instruments, play the most amazing performances. Years of committed practice and intense study, captured on video and watched within a few minutes.

If I were to do another game in a similar style to Tengami, I would at least get hold of a real Koto and have a few lessons to understand in more depth how the instrument works. For Tengami I merely watched and emulated as best as I could, so I’m still very much at the beginning of this journey. I had to take a lot of creative license with this style of music and for me, that's also part of the creative process of composition.

In my observation a great many Japanese game composers are very adept at performing their music live. As someone who plays many instruments--saxophone, percussion, keyboard, guitar--do you find performance enhances your ability to compose?

Yes, most definitely. As musicians and composers, we learn something new every time we play or write. And learning new instruments adds a different perspective and enhances our pallet of musical influences available to us.

Playing live is also very important. In the studio we can re-record over and over again to get the performance as good as we can get it. When we play live, we don't have that option. We have to get it right. So we have to rehearse a lot to achieve this, and this really is the best way to both learn an instrument and learn how to adapt these techniques for music composition.

Thanks to Jennifer Schneidereit at Nyamyam Games for helping schedule the Q&A. The soundtrack for Tengami is available through Bandcamp.