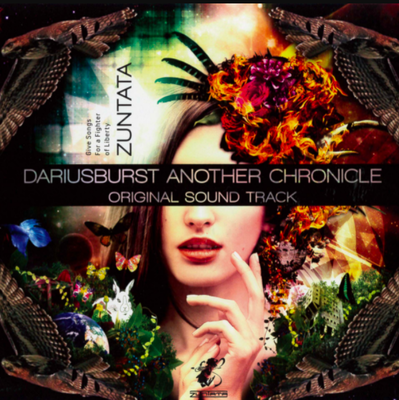 Dariusburst: Another Chronicle's digital soundtrack is available for streaming on Spotify. Zuntata Records published the compact disc release in June of 2011.

The first new entry in the franchise since the launch of G-Darius in 1997, horizontal sidescrolling shoot-em-up Dariusburst debuted for the PlayStation Portable console in 2009. Developer Taito's enhanced arcade port appeared late the following year. The twelve-track soundtrack, composed by Shohei Tsuchiya, Hirokazu Koshio and Yasuhisa Watanabe, ships domestically on compact disc from CDJapan.

Published by ININ Games, Dariusburst: Another Chronicle EX+ is due out for PlayStation 4 and Nintendo Switch on July 27.

Take part in the galaxy's most awesome adventure yet, with this brand new update to the arcade classic Dariusburst: Another Chronicle! CHAOS has devastated the universe as the biomechanical hordes take on humanity once again. Without the support of the human network, the Silver Hawks plunge into the depths of EVIL fitted with Burst technology and set out liberate Planet Darius!

In this brand-new edition of Dariusburst, enjoy the enhanced visuals and authentic arcade action like never before! Conquer the evil Belsar forces in the complete EVENT Mode with all new scenarios exclusive to EX+

We’re thrilled to present you with one of the finest Shoot ‘em Ups ever made. 💠 Soon at every customer friendly retailer worldwide, we give you DariusBurst Another Chronicle EX+ for #PS4 & #Switch!