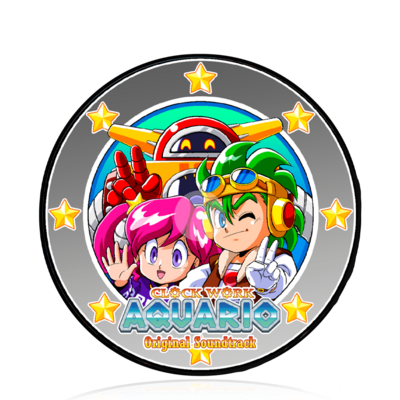 Japanese dev team Westone was nearing completion on the arcade title in 1993, built on the Sega System 18 arcade board. But work on Clockwork Aquario was halted due to poor response from location testers desiring newfangled 3D graphics.

Work on the game was headed by Wonder Boy series designer Ryuichi Nishizawa, with music by Wonder Boy in Monster World composer Shinichi Sakamoto. The release includes an in-game music player allowing playback of all original tracks by Shinichi Sakamoto, along with arrangements by Shogun, USK and Blasterhead.

Published by ININ Games, Clockwork Aquario launched for PlayStation 4 and Nintendo Switch on November 30th in Europe and December 14th in North America. A port for Xbox One and Windows on Steam is planned for summer of 2022.


A double picture disc analog record release of the soundtrack and arrangements ships from Strictly Limited. From the product page:

The long thought lost arcade treasure by the legendary Westone team is finally being brought to light after 30 years! In cooperation with Strictly Limited games, the unfinished ROM has been dug up and finished with the input of the original developers. The beautiful pixel art was at the top of its class at the time and has lost nothing of its charm over the years. Jump and run through a colorful fantasy world, pick up and throw your enemies, hit multiple at the same time to get a multiplier and rack up your high score! You can also play with up to two friends, will you collaborate to take down Dr. Hangyo or try to sabotage each other to get the high score?

The Guinness World Records™ winning 2D platformer will be available for Xbox and Steam in the summer of 2022! ⏰

Go on an extraordinary adventure of arcade history in Clockwork Aquario. 🎮💙https://t.co/PrsI1to2HU pic.twitter.com/oxfGLBcEVG