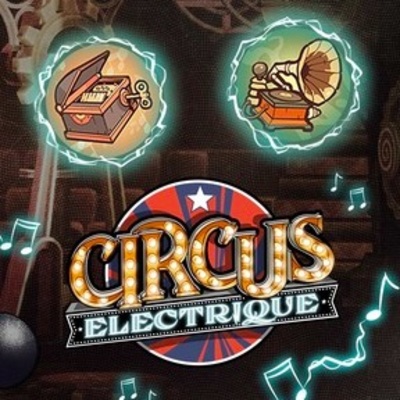 Set at the turn of the century, within a fictitious Victorian steampunk London, players take on the role of Amelia, a journalist investigating incidents of senseless violence cropping up around the city. The composer describes the music score: "Like steampunk itself, while it can be defined, it derives from many different genres just as this soundtrack. It is based upon symphonic music from baroque to romanticism all the way through the modern movie soundtracks, which are heavily influenced by electronic music.”

Circus Electrique is currently available for Nintendo Switch, Xbox One and Series X|S, PlayStation 4 and Series X|S, along with Windows through Steam and the Epic Games Store.

When everyday Londoners mysteriously turn into vicious killers, only the circus’ lineup of Strongmen, Fire Blowers, Clowns and other performers possess the unique talents necessary to save the city. Through tactical turn-based battles, these unlikely heroes face Bobbies, British Sailors gone bad, aggressive Posh Girls, and other Victorian-era archetypes stand in their way – not to mention the occasional menacing Mime or Robobear. The game’s innovative Devotion morale system affects characters’ performance not only in battles, but also for actual circus shows, dutifully managed between heroic jaunts through six sprawling districts.