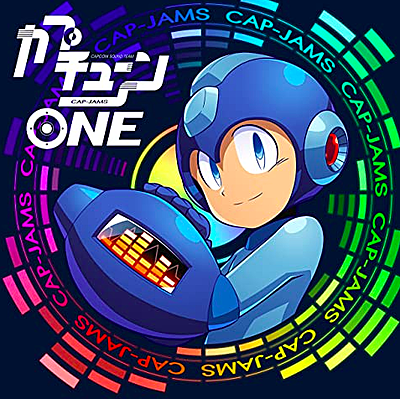 Capcom has published a Mega Man cover EP comprised of arrangements by the Cap-Jams band. Entitled "ONE," the digital release centers on Mega Man rock covers, available for streaming on Spotify & Apple Music.


Cover illustration for the EP is by Keisuke Mizuno. Cap-Jams performers include Shinya Okada on keyboard, Yasumasa Kitagawa on synthesizer, Yoshiya Terayama on bass, Taisuke Fujisawa and Yasuyuki Tsujino on guitar, and Syotaro Nakayama on drums. A twenty-minute video with footage of live performance can be viewed on YouTube, courtesy of the CAP'STONE Capcom Sound channel.

Have you heard the @CAPCOM_CAPJAMS arrangement of Rose's theme yet? 🎶 https://t.co/5mzof6U0nm

Stay tuned here for some behind-the-scenes commentary from the musicians! 🎼