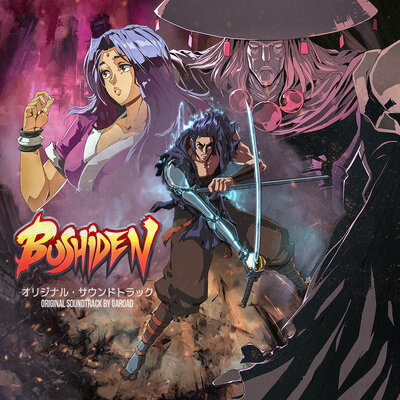 Publisher Black Screen Records has pressed the three-disc vinyl soundtrack for Pixel Arc Studios' independently developed title. The initial promotional vinyl pressing, preceding the release of the game for Windows on Steam, is limited to 100 units and comes decorated with cover art by David Liu.

Previews of the analog record release are streaming on the composer's SoundCloud channel. Lyrics and vocals for "Light and Dark" are by Mika Maruyama. Erhu recordings on "Respite and Reflection" and "Shimmering Light" are by Eliott Tordo.

Your sister has vanished and rumors swirl that Gaoh has been resurrected with an evil army at his command. Explore for cybernetic upgrades until you are powerful enough to defeat the diabolic Gaoh and his cybergenetic army once and for all in this futuristic, action platformer...

We have one more: @garoadmusic's soundtrack to @pixelarcstudios' upcoming action platformer BUSHIDEN is coming to vinyl soon.

And today, we're selling only 100 promo copies that will ship later this month. Rest will be available soon.