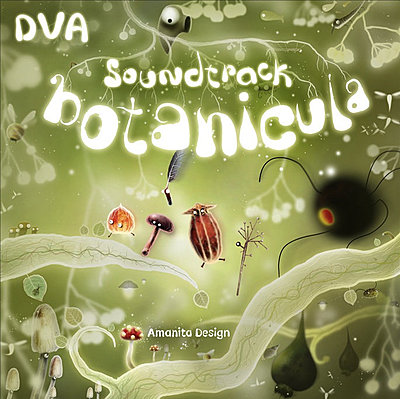 Back in 2012, Botanicula launched for Windows, Mac and Linux, and was later ported to iOS and Android devices. Five tree creatures set out on a journey to save the last seed from their tree from infestation by parasites. DVA contributed 21 music tracks for the score, along with sound effects for the woodland environment.

Music from Botanicula is available through Bandcamp and streaming on Spotify. The digital soundtrack and art book, with design drawings by creator Jaromir Plachy, can be purchased through Steam and GOG.

Botanicula is a humor-filled adventure game created by the makers of award-winning Machinarium and Samorost series, studio Amanita Design and Czech band DVA. Five friends, little tree creatures, set out on a journey to save the last seed from their home tree which is infested by evil parasites.

A few months ago, @Dvaband recorded a very special live performance of some of your favorite Botanicula tunes to celebrate the game's 10th anniversary... and now it's finally on YouTube. Juchů!