Blind Fate: Edo no Yami launches for PCs and consoles in September 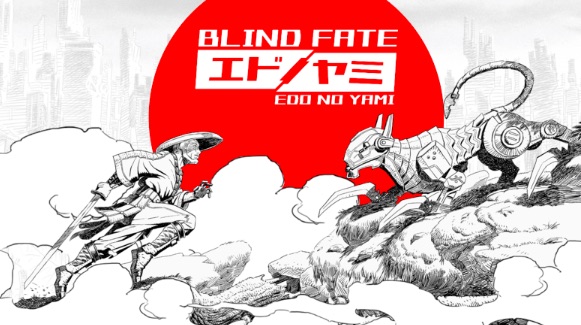 Deadly cyborgs and androids populate the dystopian metropolis of New Edo in the year 2650. The player controls blind cyber samurai Yami, whose sworn mission is to neutralize the Shogunate's adversaries. Yami relies on high-tech implants to dodge attacks and land devastating katana strikes on dreaded creatures inspired by Japanese folklore.

Edo no Yami launches September 15th for Nintendo Switch, PlayStation, and Xbox consoles, along with Windows through Steam, GOG, and the Epic Games Store.

Until your sight is taken from you, and you must learn to “feel” the world anew... The Mask of the Oni creates a simulation of the world around you, but tread carefully: old data will show you only deceiving echoes of the past. Even blind, you are unstoppable. Use different sensors to detect your enemies and identify their weak spots, then crush them with lightning speed.