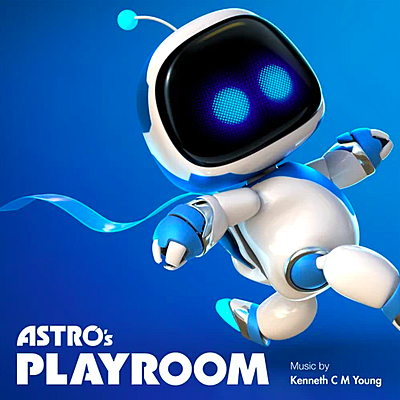 Sketches from the development process of the 3D platformer by Japan Studio's Asobi Team division are available for streaming on embedded SoundCloud players on the PlayStation Blog, including a dozen work-in-progress drafts of "GPU Jungle."

Young previously composed the soundtrack to PlayStation VR-exclusive platformer Astro Bot Rescue Mission, and the vinyl soundtrack for the album is available through publisher Fangamer. From the Astro's Playroom product page:

From the team behind the critically acclaimed PlayStation VR adventure ASTRO BOT: Rescue Mission comes a brand new platformer pre-loaded on your PS5 console. Explore four worlds, each one showcasing innovative gameplay using the new and versatile features of the PS5 DualSense wireless controller. The game is free for all PS5 console users and is designed to be enjoyed by gamers and families alike.