Syberia: The World Before heading to PlayStation 5 and Series X|S 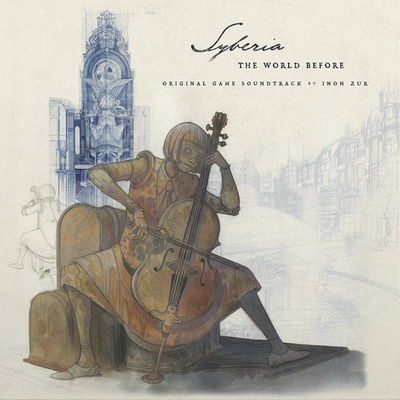 Microids has announced a November release date for the PlayStation 5 and Xbox Series X|S editions of Syberia: The World Before. Additional ports for PlayStation 4, Xbox One, and Nintendo Switch are scheduled for publication in 2023.

The fourth installment in the French publisher’s long-running graphic adventure series is currently available for Windows through Steam. The World Before marks the final, posthumous entry directed by Belgian comic artist Benoit Sokal.

The Syberia series finale recounts the story of Dana Roze, a 17-year-old girl embarking on a promising career as a pianist in the town of Vaghen, as the threat of fascism looms over Europe. Flashing forward, from 1937 to 2004, the graphic adventure continues the tale of series mainstay Kate Walker as she endures imprisonment in a salt mine in Taiga.


The 27-track score clocks in at just under an hour, featuring Emily Bear on solo piano. Music for the game is by Israeli-American composer Inon Zur, a veteran of the industry known for his scores for the Fallout series, Elder Scrolls, Dragon Age and Bethesda Softworks’ upcoming Starfield.

Decca Records' double vinyl soundtrack release ships from distributors Center Stage Classical and Play-Asia, enclosed in a gatefold jacket decorated with artwork by the creative director. The digital edition of the soundtrack is streaming on Spotify and YouTube Music. The digital soundtrack is also included in the Deluxe Edition for Steam, along with the prologue script by Sokal and Lucas Lagravette.

Embark on a journey across continents and through time, as you piece together the puzzle of a life.

Vaghen, 1937: Dana Roze is a 17-year-old girl, who is beginning a brilliant career as a pianist. However, shadows begin to appear over her future as the fascist threat of the Brown Shadow hangs over Europe, at the dawn of the Second World War.

Taiga, 2004: Kate Walker survives as best she can in the salt mine where she has been imprisoned, when a tragic event propels her into a new adventure in search of her identity.

You can run from your past but never truly escape it...

🦢 Syberia: The World Before, the new episode of the cult saga finally available on @PlayStation 5! https://t.co/TwxEQEbUCY pic.twitter.com/3o0essNFPs